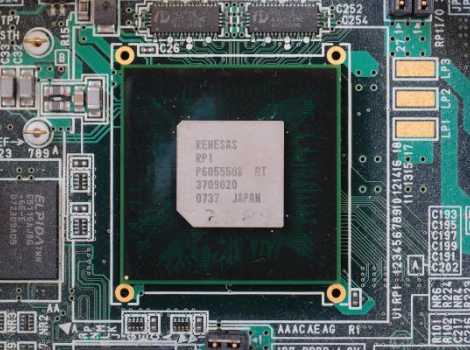 The DMR standard in all its implementations (Tier II, Tier III) has a number of advantageous factors that distinguish it from analogue radio communication systems:

In addition, a clear advantage over the TETRA standard is:

The above advantages are lost against the quality indicators of TETRA systems.

Within the framework of the standard, only its trunking implementation 3 allows to manage the subscriber fleet, however, even in this case Tier 3 has only 1 type of emergency communication, which means that in multi-user (operator) mode, the priority (with disconnection) call of a subscriber of a lower category will be impossible , in view of the obvious employment of the resource.

Only TETRA provides 15 priority levels, of which 3 are displacing with the right to disconnect and 1 emergency (panic button).

The TETRA standard has a mechanism for automatically adjusting the radiation power of the transmitter of subscriber radio stations (AC) from 32 mW to 1.8 W. In turn, DMR allows you to work only with a fixed speaker power, which significantly reduces the battery life of a portable subscriber radio station. This circumstance explains the need to equip portable DMR radios with heavier batteries with increased capacity / power (15 or more Wh).

Under the TETRA standard, a distributed control channel is transmitted in 18 frames at each frequency of the base station. Thus, even if the subscriber is in the data transfer or voice call mode, the specified distributed channel can be effectively used to control the subscriber (change the group, transmit navigation data, restrict functions, inform about the neighboring BS, etc.). The DMR standard does not have such a resource in any of its implementation, and therefore the use of DMR standard solutions for the formation of systems with navigation services is not justified. If the subscriber of the DMR system is in the individual or group call mode, then he will not be able to transfer his navigation data to the control center. If the subscriber is in the talk mode, then he will not be able to receive service messages.

Under the DMR standard, there is no handover (relay transmission of an established connection from one base station to another). This is due to the lack of a distributed control channel. If the subscriber of the DMR system is in talk mode and moves to the coverage area of ​​another BS, the call or data transfer will be terminated. This circumstance significantly limits the use of DMR standard equipment in urban environments and in the conditions for superimposing signals from neighboring BSs.

Existing implementations of DMR standard equipment do not support diversity reception and, as a result, are not able to deal with signal fading in urban areas.

The equipment of the TETRA standard has a diverse reception and has effectively proved itself in work in urban buildings and in facilities with a complex electromagnetic environment.

Voice quality in DMR standard equipment (using the AMBE ++ voice codec) significantly outperforms the ACELP codec in the TETRA standard. The voice stream speed at the output of the DMR AMBE ++ codec is only 2.4 kbps compared to TETRA (4.8 kbps). Voice speaker identification is worse and for the complete identification of the DMR subscriber, a visual observation of the radio screen is necessary.

The AMBE ++ codec installed in all existing DMR subscriber radio stations (including the Russian Pulsar-Telecom radio stations [Note Pulsar-Telecom is the only domestic manufacturer of DMR equipment, since the rest only re-mark well-known brands]) is proprietary and produced by the American company DVSI (www.dvsinc.com). The codec used in TETRA systems does not have a fixed hardware implementation and does not belong to the American manufacturer.

The information flow rate in the DMR system is only 2 kbit / s, while in TETRA 7.2 kbit / s per 1 logical (voice / data) channel, which in turn forms technological limitations of the DMR standard and in terms of bandwidth by the number of transmitted data and service messages. The size of the message with navigation data is 53 bytes (424 bits) within the TETRA standard, and 120 bytes in the form of a packet (960 bits) within the framework of the TETRA standard. Thus, the throughput 1 of the DMR logical channel is 7 times lower than the TETRA logical channel when transmitting navigation and service data. Given that 1 duplex DMR pair supports 2 logical channels, and TETRA - 4, the use of TETRA standard systems for the construction of hybrid communication systems (voice + data) is obviously more reasonable.

Doubling the number of required radio channels in the DMR system compared to TETRA with an equal number of logical channels leads to an automatic complication of the antenna-feeder economy, the appearance of intermodulation distortion, an increase in hardware and, as a consequence, increased energy consumption as a whole.

The table shows the comparative parameters of the DMR and TETRA standard systems: